“The musical tradition of the universal Church is a treasure of inestimable value, greater even than that of any other art. The main reason for this pre-eminence is that, as sacred song united to the words, it forms a necessary or integral part of the solemn liturgy.”

Sacred music is integral to the liturgical life of the Church, in which the members of Her Mystical Body unite with Christ, the Head, in His eternal sacrifice on the cross. Sacred music is characterized by beauty and sincerity of form. It flows from and is united to the Liturgical texts and actions. It is holy, set apart, and expressive of the spirit of communal prayer. It engages the mind, body, and soul to enter into the mysteries of our faith. Whether an ancient chant or a modern sacred composition, it conveys the truth of the eternal.

Interested in becoming part of the sacred music at Saint Mary Magdalene? Please review all the opportunities below and contact Claire to discuss your role!

At Saint Mary Magdalene, our music program is focused on liturgical choirs for adults and children, contributing to the beauty and dignity of the sacred liturgy according to the rich tradition of sacred music as understood and shown forth by the mind of the Church.

Each choir at Saint Mary Magdalene is named in honor of Our Lady under a different Latin title from her litany. For many centuries, liturgical choirs were known as Schola Cantorum (literally, “Singing School”).

The choir season runs from September (after Labor Day) through early June. From mid-June through the end of August, the choirs are on break and Liturgical Music is led by cantors/small teams of men or women.

Members of all choirs are provided an emphasis on and guidance toward a healthy and pure vocal approach, teamwork, aural skills, and musical literacy. All choirs and instrumental ensembles come together each Spring for a concert in late May.

Community choir for adults, focusing on the treasury of sacred hymnody, Taize music, 2- and 3-part choral anthems, and proper antiphons in English. No audition required for audition (a simple voice check may be requested to place you within the choir). Schola Fidelis typically sings three Sundays per month at the 9:30 Mass.

Rehearsals are Wednesday evenings as follows:

All-female ensemble that regularly sings the Saturday night Vigil (4:30pm) Mass. Usually rehearses with and learns the same or similar repertoire as the Schola Fidelis.

(sk-oh-lah an-jeh-loh-room)
Latin Mass choir in honor of Mary, Queen of the Angels

The Latin Mass choir is for adults and teens who wish to serve the First Sunday of each month at 4:30pm, when the Liturgy is celebrated ad orientem, Ordinary Form in Latin. The group focuses on Gregorian chant, simple Latin hymns and simple motets. One rehearsal is held prior to each Mass, usually the preceding Friday from 5:00-6:30pm.

Preparatory choir where our youngest singers learn to navigate their voices, along with training in bodily awareness, preliminary music theory/games, and immersion into the chants of the Mass, simple hymns, and seasonal anthems. This class is geared toward non-readers, but older siblings may be incorporated per parental request and the director’s discretion. Schola Stella sings about 6 times for Mass during the choir season, combined with Schola Pacis.

Elementary choir focusing on healthy vocal habits and tonal quality, sensory focus and engagement, basic understanding of musical scores, and beginning music theory/games. This class is geared toward early readers. Mature younger siblings may be incorporated per parental request and the director’s discretion. Schola Pacis sings about 6 times for Mass during the choir season, combined with Schola Stella.

Instruction fosters tonal sensitivity within 3-and-4-part harmony, score literacy and analysis, advanced music theory/games/sight-singing, exposure to languages and periods of music history, cantor leadership. This group sings about 8 liturgies at SMM during the choir season, and also participates in select community events, a weekend trip, and Spring day retreat combined with the adult choirs. 7th grade boys with change voices may be eligible for the teen choir. College students who are 19 at the start of the choir season are still eligible to enroll.

Rehearsals on Saturdays from 10:00am–noon

Music at Masses without choirs is led by prayerful, vocally mature individuals who are strong music readers and have a keen understanding of the order of the Liturgy. Cantors typically attend the Wednesday evening combined adult rehearsals, though they should be capable of preparing on their own. Shadowing and coaching is provided for new cantors. Typically, a small team of 3-5 men or women (active choir members or “Choral Reserves”) will sing up to sing with the cantor.

Those who cannot commit to rehearsing and singing for Mass weekly, but who have an interest to be involved, can attend a single Wednesday night rehearsal at the beginning of a “Block” (usually 3 or 4 weekends) to learn the basic chants, antiphons, and hymns, and then sign up to be part of a men’s or women’s team for Masses led by a cantor (without a big Schola).

Individuals who are trained in organ and piano, have accompanying experience, and desire to support the voices of cantors, choirs, and congregation in sacred music.

Two instrumental ensembles contribute to the most solemn and festive liturgical celebrations throughout the liturgical year, such as Christmas and Easter, as well as participate in the annual Spring Concert. Admittance by audition for experienced musicians (teens and adults).

(an-sahm-bul ek-keh-zee-eh)
Wind/brass ensemble in honor of Mary, Mother of the Church

Rehearsals on select Saturday mornings from 8:30-9:45am.

Adults or (advanced high school students) who have private training and strong experience in solo playing of string or woodwind instruments are welcome to play for Mass on a regular basis. Violinists and flutists are especially sought.

Individuals who are technologically savvy, have a keen ear, and are willing to assist by monitoring the sound board during liturgies. Training provided. 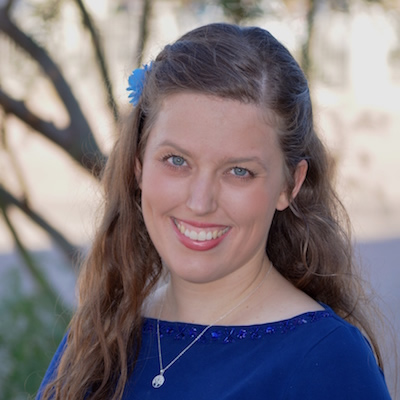 Members gain appreciation of Plainchant, Renaissance, Baroque, Romantic, and Modern liturgical music within the rich tradition of the Catholic Church. Pueri Cantores aims to enhance the lives of young singers through this musical experience conducted within a nurturing environment.

Youth Choirs (adults too!) receive ongoing, hands-on training in music theory, incorporating pedagogy from the Ward Method and Music Mind Games®. This means that if you bring a love of sacred music and basic vocal navigation ability (to hear and match pitch), you will not only learn to sing beautiful pieces, but will grow as in musical literacy.